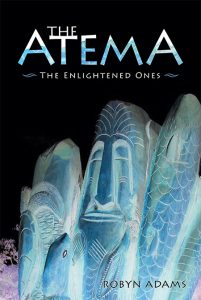 The Atema: The Enlightened Ones
The time returns. We are the ones we have been awaiting. Wisdom is timeless and returns periodically to those whose role it is to teach a new generation of spiritual seekers about the wisdom of the ancient races.

The Atema have returned to their ancient home in New Zealand, a spiritually advanced land whose inhabitants are ready to heed the call to awaken. Their village was last destroyed in 186 AD when a further great explosion occurred around Lake Taupo, and now a call has gone out for the dimensionally trapped inhabitants to gather and be released from suspended animation. However, some choose to stay to assist the new wave of Enlightened Ones finding their way to New Zealand for the great Time Shift ceremony of July 1992. Together they embark on a great journey of teaching and discovery of ancient history. 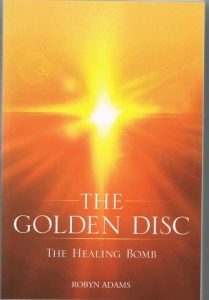 The Golden Disc: The Healing Bomb
Holding up the device Jondra said, “This is the Golden Disc of Ra – the Healing Bomb from our home planet. Because of the sudden and unexpected nature of its destruction, this force was never activated. It was originally prepared to transmute negative emotional thoughts into much more compassionate and loving actions in an explosion of consciousness, not protect us from wayward meteors. One day it may save the dwellers on this planet Earth from destroying themselves. Pity we never had a chance to test it.”’

The Earth is in crisis as the Forces of Darkness and Destruction are rapidly gaining power in many countries. Four people remember their ancient pledge to re-discover one section of the powerful device if a dire enough situation warrants it. When a rogue country detonates a nuclear bomb over Jerusalem, these four are called to save humanity from a destructive aftermath of retribution. From each continent comes one whose ancient destiny is to reassemble the Golden Disc, programmed millennia ago to empower the Forces of Light to triumph.

One by one, the four are awakened to their destiny, reconnected with each other, and travel to Kenya to reassemble the Golden Disc that will save the Earth. They must release a wave of higher consciousness from the device, called a Healing Bomb, before several other countries ally to become involved in all out nuclear war, which will have a cataclysmic effect on Earth and humanity; far greater than the predicted earth changes that were due to take place at the end of 2012. Will they make it before the deadline, and can they remember how to re-assemble the device in time? If it is not done absolutely correctly, a terrible conflagration could destroy the very thing they are trying to save; Earth. To do so, they will have to outwit those whose role it is to prevent this from happening. 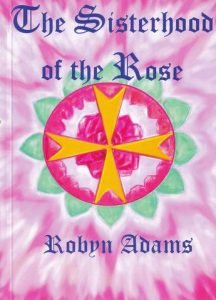 The Sisterhood of the Rose
Nobility of Blood is no longer powerful. Now is the time for Nobility of Spirit.

In the time of the Third Crusade, when Richard the Lionheart led the English army to the Holy Land, most women were without voice or rights. Forbidden by the Pope to travel with the Crusaders, twenty determined women set out on a pilgrimage to find their men. From this dangerous and sacred journey, greater awareness of the feminine principle grew and the Sisterhood of the Rose began to flower. Their exciting journey takes them from England, through France to the ancient Island of Gozo near Malta where the stone temples become their home for a time; to Rhodes, the Island of Roses; and to Acre where they find refuge in a Christian abbey, and befriend the wife of one of Saladin’s general who gives them sanctuary. They are destined to meet and learn from powerful women who impart ancient wisdom and knowledge that will change their lives and that of many others, forever.

Shipwreck and friendship seal their destiny on The Island of Roses.